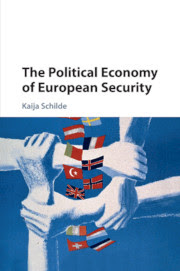 The emergence of a distinct EU security and defence dimension is not just one more episode in European integration; it is a key development for Brussels, affecting the very essence of the European project: new institutions and mechanisms (e.g. European Defence Agency), new funding arrangements (e.g. security & defence research), new policies (e.g. military space, border security), and a new orientation for the EU as a whole, geared towards the strengthening of the European arms industry. The militarization of the EU is, to a great extent, the European integration of our time.

Any book that sets to study the making of this phenomenon, like Kaija Schilde’s The Political Economy of European Security, is a welcome addition to existing literature. The theoretical foundations of the study lie in transnational interest-group mobilization and the relative governing capacity of institutions. Its argument is compelling: security and defence policy integration in the EU is largely an outcome of the organized activity of transnational interest groups, which built informal European policy institutions that, in turn, accelerated the establishment of formal governing capacity and institutions. Following the dissection of the relationship between interest groups and institutions in Chapter 1, and the theorization of interest group mobilization in connection with outcomes in the EU in Chapters 2 and 3, Schilde then gives a politico-economic explanation of CSDP, in Chapter 4, emphasizing the role of defence industry lobbying in the emergence of this policy. Chapter5 and Chapter 6 thoroughly document the emergence and expansion of EU authority in defence and border security, respectively, as a relative outcome of the mobilization of interest groups – from the start of the process in the case of defence policy, or somewhere along the way in the case of border security. Finally, Chapter 7 studies the blurring of EU security and defence policies brought about by the desire of the industry to impose a market logic there.

Undoubtedly, this is an extremely topical book as the process of the expansion of EU authority to embrace security and defence is in the making and has far-reaching implications for the entire orientation of the Union. This is also a very useful book because it unites the realm of political economy with defence and security policy, highlighting the unity of strategic and economic considerations in EU policy-making. It is about time that we got rid of the model of a discipline that merely seeks to reproduce and legitimize official discourse, presenting the emergence of CSDP as an ‘objective’ and ‘rational’ necessity, and looked instead at the socio-economic rationale of the policy and the way it is embedded into industrial interests. Lastly, it is a balanced book, with a convincing combination of theoretical and empirical study, together with a sound blend of quantitative and qualitative analysis.

Still, the author’s argumentation could have been helped by an engagement with existing critical literature on the socioeconomic foundations of EU armaments policy, including Slijper (2005) and Hayes (2006) work of EU military-industrial and EU security-industrial complexes respectively. This is all the more essential as the theoretical connection between interest groups and EU authority remains unclear; on p. 5, the author argues that “There is … no direct causal link between interest groups and EU authority” while two pages earlier we read that “The very presence of interest groups changes the structure of EU governance”. The riddle remains ultimately unresolved; if this linkage is not causal, what exactly is it? The feeling one gets is that in her effort to avoid one-sided causal simplifications, the author does not provide an adequately specific theorization of the private interests / public authority nexus. Essentially, what Schilde’s work lacks is a theory of power – engagement with certain contributions in Kurowska & Breuer (eds.; 2012) could have been useful in this respect. For example, on p. 15 the author notes that informal institutions enhance the capacity of formal institutions when there is a matching of the respective policy agendas (as if there is a pre-existing public agenda which the private one fits into), but Chapters 4 and 5 point to a wholly different reality – the elevation of a private agenda to a public one via the intense political activation of arms manufacturers, driven by developments (competition with US industry, consolidation) in the industrial realm. This is also why the book could have benefited from a closer look at existing literature that theorizes the policy actorness of European arms manufacturers, including Mawdsley (2003), Barrinha (2010), and a couple of contributions in Karampekios & Oikonomou (eds.; 2015).

Elsewhere, the author admits that from the start of European integration till the end of the 1970s,the interest groups that engaged with the EU were basically business interests, but the explanation “because the EEC regulated industry” (p. 58) is just not convincing, as the EEC did several other things next to regulation. Also, it is acknowledged that industry groups “seem to enjoy a certain honeymoon phase in EU policymaking” (p. 58), pointing to the role of the industry as something bigger than merely interest group activity, but again the rest of the analysis dissolves the dominance of private capitalist interests into this idea of interest groups together with NGOs etc. The entire concept of ‘interest groups’ could be questioned if we take the evidence put forward by the book to its very end. The only ‘interest group’ discussed here is the arms and security industry and, thus, one could argue that the very notion of interest group is a veil that conceals the structural dominance of private business in EU policy-making ,implying that there are other social forces operating next to arms manufacturers – there aren’t. The book could have benefited from class analysis and from the removal of the concept of interest group from its pluralist context. This is all the more true since the author notes that “(t)here is an overrepresentation of business interests over social interests” (p. 83) and illustrates how the entire defence agenda of the EU was set by the European defence industry at least a decade prior to relevant EU initiatives at the end of the 1990s; in her own words, “‘first they (interest groups) arrived, and then it(the EU) was built’” (p. 71). Instead, however, of producing a class-based understanding of the connection between private and institutional power in the EU, the author opts for a tautological understanding of the role of interest groups along the lines of “the earlier interest groups mobilize in the life of an issue area, the more likely they are to establish close, informal relationships with EU bureaucracies” (p. 72), as if the establishment of relations of influence is a technical matter of timing rather than a socio-political matter of power. Once again, existing studies of the multiple ways in which the European arms industry has utilized European integration to promote its own interests, such as Manners (2006) and his conceptualization of a European “military-industrial simplex”, could have been considered.

Overall, the book’s emphasis on defence-industrial interests as a source of EU political authority is a fruitful reminder of the need to re-orientate social scientific attention towards the political economy of arms production and state-societal relations. Schilde tells us that the setting of the EU policy agenda in the realm of security and defence is a heavily politicized process, thoroughly informed by the interests of the European arms industry. It is not the strategic considerations or big power thinking or changes in the strategic environment or the nature of threats that brought about the elevation of defence as a top priority of the European project. Instead, the key according to Schielde lies in understanding the impact of interest group activity – in this case, the organized political actions of the European arms industry. The Political Economy of European Security is a must-read for every student of European Security and International Politics, and a key contribution to the debate on the origins and social purpose of EU security, defence, and armaments policies.

Barrinha, A., 2010. ‘Moving towards a European Defence Industry? The Political  Discourse on a Changing Reality and its Implications for the Future of the European Union’, GlobalSociety, 24 (4): 467-485. 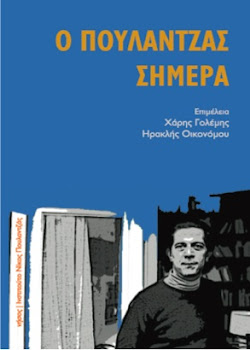